If you don’t think it’s Mark Allen, you need to go to school. The guy could win over all distances in the same season, culminating in winning the first ITU Worlds in '89, and Kona a couple of months later. He won Kona 5x straight (6 total), 10 Nice victories. He is the Eddy Merckx of Triathlon.

On the ladies side I see it as more complex. I cannot identify a female athlete that was as versatile as Allen. PNF definitely the Queen of Kona, but Michellie Jones comes closest. She won 2x ITU Worlds, Olympic Silver and bagged a Kona win before retiring.

Addendum - Frodeno is at #2, with AB the only guy of the current era who I believe can usurp Allen if he wins Kona more than once. Another Kona win by Frodeno makes it a toss-up imo.

Problem is, they’re different eras which makes comparison very different. Now i’m definitely no historical expert on the sport, but surely there were different ‘pressures’ that would dictate which distanec you race in. for example, the youngsters now seem to dominate ITU. That’s not to say they couldn’t do well at LC, but from a funding/sponsorship perspective, they would be discouraged from doing so. The Olympic cycle also has to be a major defining factor. MA etc didn’t have the opportunity to race for an Oly gold - would that have elevated him even further? Would it have made the competing pool stronger (probs not)?

Was the competition as deep back in the 80s/90s? I genuinely don’t know the answer to this. It’s a bit like looking at Federer’s record before Nadal and Djokovic came on the scene. Fed got a massive head start on those guys befor they had started playing. now the three of them are all pretty close (BBC did quite a cool infographic on it a while ago).

Allen had plenty of competition over all distances; geez, if only I could remember their names

Thing is I do remember their names, because I ‘lived’ a lot of that era; there was Triathlon before the Internet.

Looking at times is also moot, as modern equipment has meant gains over the last 20 years have been significant. MA would still have the fastest Kona run time, if '89 didn’t include his transition, Dave Scott also a ball hair off Lange’s times. No Maurten back then either

Agree it’s Mark Allen. For sheer and prolonged dominance in Kona, Nice and elsewhere. And for invoking the spirit of the deer, not something you see too often on Eurosport.

Two words for you - Lionel Sanders

For me it’s between Paula Newby Fraser, Natasha Badmann and Daniella Ryf. They all have multiple world championships to their names over very different decades. Ryf at 70.3 too. I get the point about Michellie Jones range with Olympic medals . She didn’t crush Kona in quite the same way as the others but for me she is still up there in the premier League along with Chrissie and Miranda Carfree.

If pushed I’d probably go with PNF although Daniella may come through yet, she is still only 32.

Oh Lordy !
Been involved in a similar discussion that got “ heated” at one point.
Everyone had there favourites and you can make facts and figures work for your arguments and tear down other people’s.

The fact the grip got on the podium in 89% of all the races he ever did in 17? Years, over every distance, including some strange formats now extinct seals it for me.

Chrissy deserves a mention to be unbeaten in 14? Full distance races is quite astounding and her win a week after the crash was one of the gutsiest in history.

Ryf looked set to become GOAT but chinks in her armour this year …!?

I can’t believe no one has mentioned Erin Baker, she won over every distance too, and duathlon.

I do think if Ali has the motivation, he certainly has the talent to dominate over long course. I think it’s a shame he won’t get to race Frodo once he has the hang of racing long.

But yeah @Symes is right, I checked on ST and Lionel Sanders is the GOAT. He had to stop using power meters as they just cannot read that high.

ETA: Proper off season chat this.

What about Chuckie V, if we are weighting for personality as well as performance? 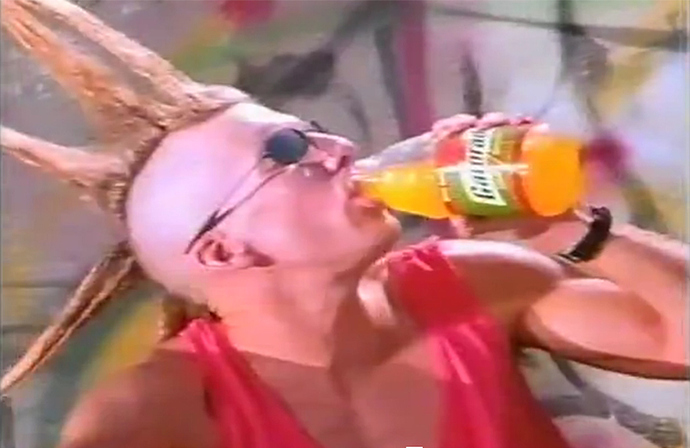 His whereabouts are/were/have been (?) unknown for a while now.
His old blog was a good (if not deep) read.

For me, there are question marks over the performance of some people. Along with their choice of coach. It makes their achievements seem less than what they might be. mysterious illnesses before Kona??? Hmm

Are you referring to a zero to Kona hero?

A clubmate went to one of her talks which were very strong on empowering women and “This girl can” etc. I challenged him to ask how that fit in with choosing & promoting a coach convicted of abusing a young girl - strangely he bottled it!
Ps. I only recently discovered that Annie Emerson is part of his coaching team too, so she’s gone down in my estimations also.

Yes, hard to look past the Grip, with Frodo 2nd. AB has lots to do IMO, the two golds and overall ITU record are at one distance and he’s yet to land a biggie at either middle or long distance.

Gut feel says the fire is dimming in AB, hence his inability to commit to one distance and thus I don’t think he’ll end up enough of a long course palmares.

Only just getting into the history of the sport, but listened to podcast recently debating same Q. Does certainly seem Allen to be No1, for sheer ability across all 3 disciplines and distances. For that reason Frodo 2nd, and deserves to be considered alongside Allen if another Kona, given that the increased access to the sport now makes it more competitive. More people doing = harder to dominate. AB I think deserves GOAT at Oly distance, but needs to win at some longer events as well to be considered with Frodo.

For that reason it’s harder to compare the women, where less people in the sport means there have been lots who have dominated their era. Also fewer who have won as wide a variety of major races.

Yes I went to one of her talks too; it was very good, and very well attended! Zero talk of actual training though, and how she went from amateur to Kona win in 18 months or so. An impressive individual for sure though, and good at the motivational type stuff as you say. Bit more corporate than someone like Joe for example, but no more interesting imho.

Most dominant itu is still open for debate
Didn’t Gwen J win 13 races on the bounce over 2-3 years?! Once.

Two oly golds is hard to argue against though…

He is the Eddy Merckx of Triathlon.

so you think he doped