Now they’re all back here except the pottery 226 one, which is mounted on a beam in the kitchen. 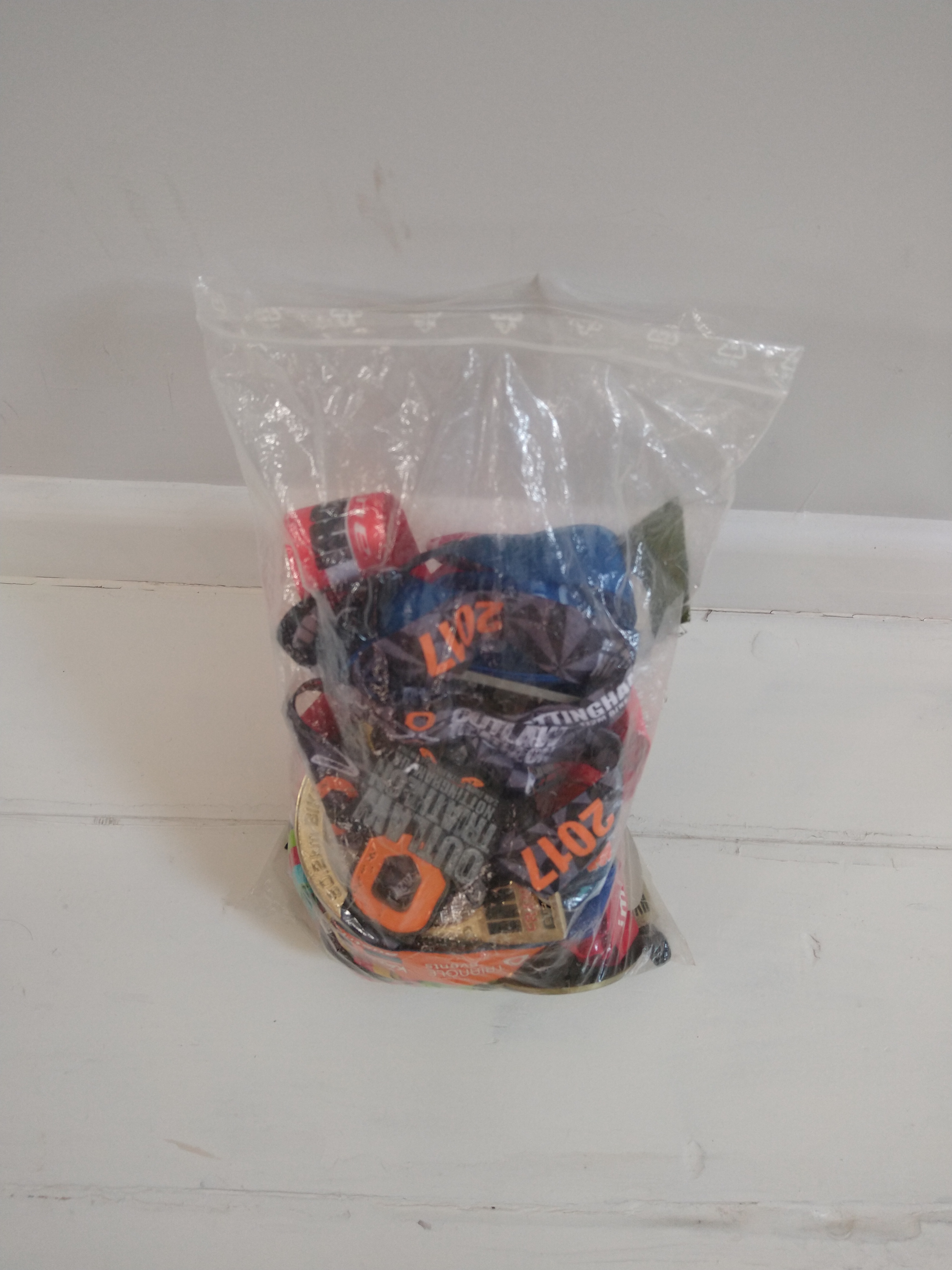 My medals for my IMs and other events are shoved into drawers and cupboards around the house. When we get round to moving one day I’ll find them all and maybe consolidate them into one place.

For medal nonchalance, you can’t beat my friend who is an ex-GB rower. She’s got a bundle of medals that are all tied together, including world cup and world championship medals and a couple of Olympic bronze medals

The Ironman medals they were dishing out in 2015 were frankly ridiculous; when they put that Frankfurt one around my neck, I almost fell on the floor!

Ticking along in Mid Pack…

I should have stipulated Triathlon, otherwise I’d have put Brevet Cymru

unfortunately you are quite right.
Probably some psychological thing to myself to explain what happened to the whole of 2017

Been a few years since I have done a full but I seem to be a repeat offender.

I am a fan of the IMUK medal though with the localised touch. 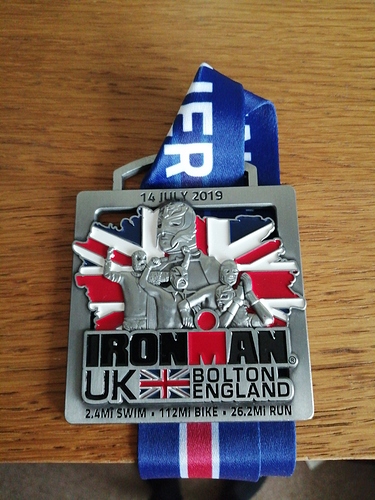 I find it slightly odd that Ironman (UK) have put the wrestlers on the medal; sure they’re an iconic part of the event, but they are nothing to do with Ironman. It’s like they’re trying to capitalise on someone else’s idea

Or, it’s like the race director actually cares about the fans (and the athletes) and are rewarding the wrestlers and athletes memories of them by immortalising them on a medal?
And he (Sam Brawn?) knows that most athletes are UK based and local, so will really appreciate this touch.

Glad it doesn’t have the Lancashire rose in it

I think it is genius. Rather something with a personal touch that evokes a memory than some generic offering.