Who is in for the race today?

Looks like 4 of us riding, @stenard, can we persuade you to join?

I will start Discord about that time as well, I will also try to comunicate on this thread in case of technical difficulties

I will announce when we need to go, however, in the event that you can’t communicate on Discord or on the TriTalk forum, please watch the time: we start exactly 9mins after the race gate opens at 1802, so have a stopwatch at hand

Maybe we can talk just before the race, however, my assumption is no race tactics, just wing it

My legs are ruined trying to beat @Daz this morning… failed for the 3rd time, but only by 0.3s. Would like some payback this evening though

I’d love to join in a future one - but my legs are trashed right now. Currently on rest day streak day #2.
Might log on to spectate

If just four of you, I don’t think I should. I almost certainly can’t do the whole thing this evening, and so if I made it five that started, and then had to drop out, the remaining four of you would all have to finish. Whereas if you start with four, it’s the first three times. Which at least gives you some scope in case someone has a sensor dropout

I can’t this week but would next week, but at 4w/kg won’t be pulling too many turns. We probably need enough riders to be able to burn 2 or 3 without too much harm.

Yep, in in. Be gentle

Apart from the fact it looks like a right palaver to join, I don’t think I have the outright watts to be of any value here; especially with it being a flat TT course. Maybe if there was a ‘B’ team

It’s bang on dinner time too

I’m only on a 4G connection but it’s been fine up to now, without discord though.

we’ll be done before you start so you have a time to beat.
good racing this morning.

Willing B team (or maybe C team) member here, if any later starts in future. Anything after 7pm

@jeffb , if Discord is an issue, then time yourself into the race. I will also have TriTalk open and will hit Reply as soon as we are off.

The only Tactics that I will employ is to get everyone together at the start, so whoever is out of the gate first keep power at under 280w (will be less for people drafting) for first 30 seconds, I will get on the front and see how much we can push. Its a long TT, so no need to go too hard at start

oh and also only if there is a ‘B’ team

How long is it?

It’s not too bad. If you want to compete, then clearly you want a load of riders broadly similar (at a high level!), but when we did it we had one rider who, whilst a B, is a heavy, powerful B. His raw watts were a good 20% more than the rest of us. He just did longer turns, rather than harder turns.

When you’re in the draft, you’re saving upwards of 25% of power, so if a stronger rider just does a longer 60-120s turn, and everyone else does more 30s efforts, you can still make it all work. 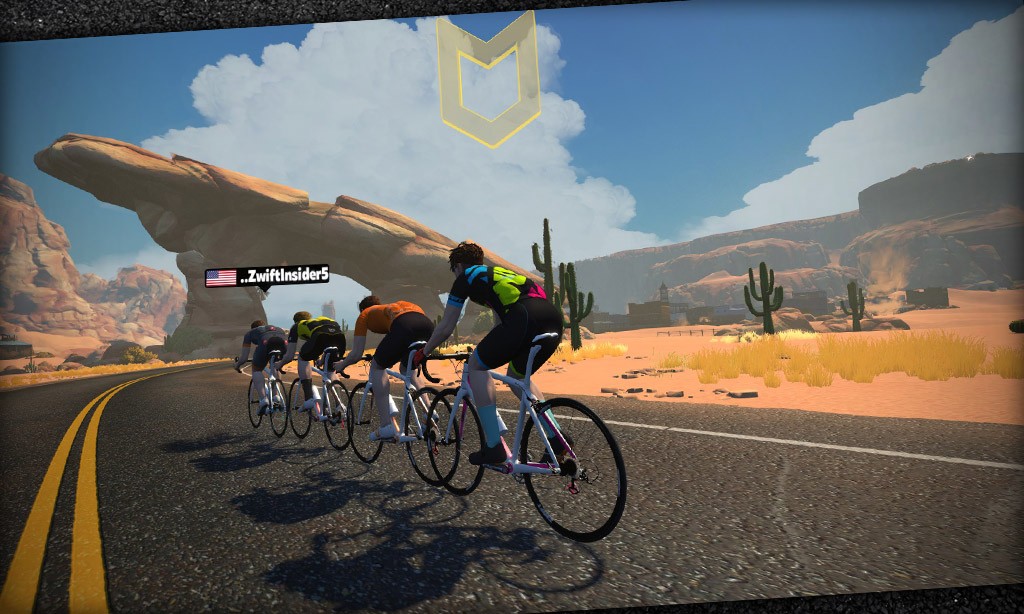 Digging into the draft effect in a group of 4 riders.